Northern Trust has appointed property agents Legat Owen as joint agents alongside Whittle Jones for their Simms Cross office and retail premises in Widnes; and retail and leisure unit at Mersey Building. 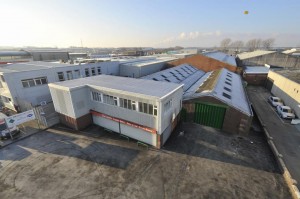 Tom Parkinson, Director at Northern Trust commented “We are pleased to have appointed Legat Owen as joint agents, alongside our in-house management agents, Whittle Jones. We are confident that with their knowledge and reputation in the area it will attract further interest in the premises with new or existing companies looking to relocate to either Widnes or Warrington.”

Legat Owen was established in 1986 with the aim of providing expert, professional and personal advise on retail property. Since its inception, the company has strategically expanded so that it now provides the same respected level of advice across the whole spectrum of commercial property, including industrial, offices, in and out of town retail, leisure and land.

For more details see the full press release at: http://www.northerntrust.co.uk/press/northern-trust-appoints-legat-owen-at-simms-cross-mersey-buildings/262