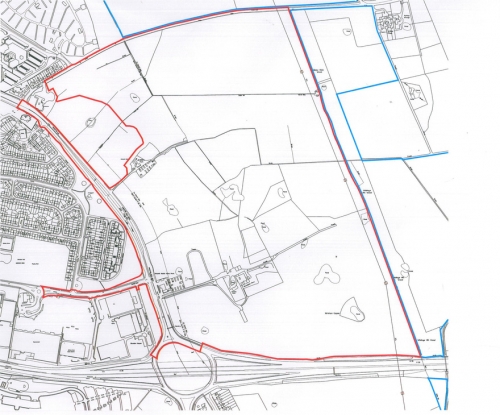 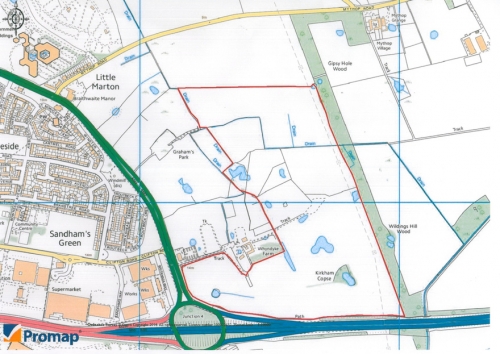 36 acre greenfield site which forms part of a larger land holding covering 200 acres located on the outskirts of Blackpool.

The site is located to the east of Blackpool Town Centre, om the edge of the built up area of Marton. It is contained by Mythop Road to the North, Preston New Road to the West, the M55 to the South and substantial woodland belt to the East. The site is also in close proximity to the M55 motorway, providing good connection to Manchester and Liverpool and their associated airports.

A specialist team of consultants has been appointed to prepare a sustainable masterplan that addresses ecologym highways, drainage and planning policy issues. The site is allocated in the emerging core strategy and a planning application was submitted in accordance with the allocation for 1,400 houses, 20 hectares of employment land and related development inclusive of local centres, a primary school and community facilities.

The Section 106 Agreement has been completed and planning permission issued in June 2018. The site will now be marketed for sale.

The average speed for the postcode FY44XQ is 4.5 Mbit/s