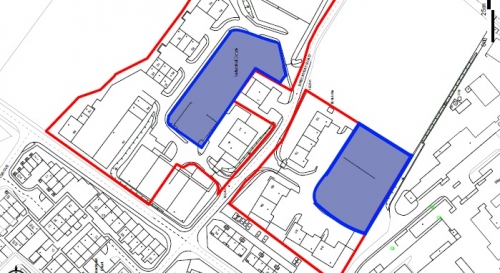 The two plots of land covering 0.78 acres and 0.94 acres, forms part of Northern Trust's wider holding at Bede Industrial Estate and will provide future commercial and industrial units which will be added to the Northern Trust portfolio. Design & build opportunities for a variety of uses are available for potential occupiers to discuss.

Sneckyeat Industrial Estate is accessed from Sneckyeat Road in Whitehaven's primary industrial and trade locations. Located on the West Coast of the country, outside the Lake District National Park, Whitehaven lies equidistant between Cumbria's two largest settlements, Carlisle and Barrow-in-Furness, and is served by the Cumbrian Coast Line and the A595 road. The estate is close to the West Cumberland Hospital and is only 1 minute drive to the A595 Egremont Road accessed via Homeswood Road. The estate benefits from good nearby amenities with the Copeland Athletics Club nearby, and The Globe Inn and Cottage Chippy 0.5 miles away.

Northern Trust's current holding at Sneckyeat Industrial Estate extends to 45,002 sq ft in 27 units with a variety of sizes from 423 sq ft up to 5,008 sq ft.

There are two plots of land covering 0.78 acres and 0.94 acres. Design and build opportunities for a variety of uses are available for potential occupiers to discuss.

The average speed for the postcode CA288PF is 5.3 Mbit/s