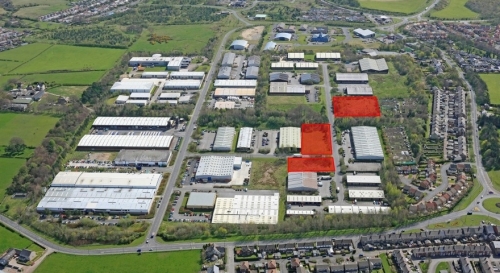 3 plots of land totalling 2.4 acres which form part of Northern Trust's wider holding at Number One Industrial Estate, and will provide future commercial and industrial units which will be added to the Northern Trust portfolio. Design and build opportunities for a variety of uses are available for potential occupiers to discuss.

Number One Industrial Estate is a popular and well established estate situated in Consett, about 14 miles southwest of Newcastle upon Tyne. The estate can be accessed via the A691 or A692 and is approximately 3/4 mile from Consett town centre, which provides a range of shops and other local amenities. Tesco Extra, Morrisons and McDonalds restaurant are all within a 10 minute drive away. The estate benefits from excellent transport links to the wider region with the A1(M) less than 13 miles away.

There are 3 plots of land covering 0.6 acres, 1.4 acres and 0.4 acres respectively. Design and build opportunities for a variety of uses are available for potential occupiers to discuss.