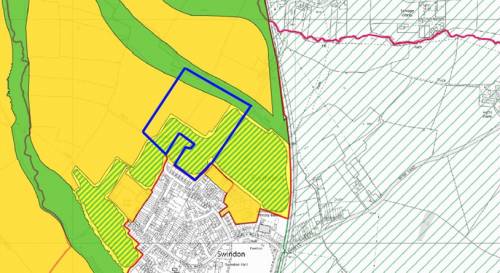 The site is a 31 acre Greenfield site currently used for agricultural purposes.

The site is owned by a local family. They currently occupy the farmhouse directly adjacent the site and this has been the base for the agricultural operation in recent years.

The site is currently allocated as part of the North West Cheltenham allocation in the adopted Gloucester, Cheltenham and Tewkesbury Joint Core Strategy.

Potential for c. 150 – 200 dwellings within developable part of the site with remainder of site landscaping or Local Green Space.

The average speed for the postcode GL519RP is 26.1 Mbit/s