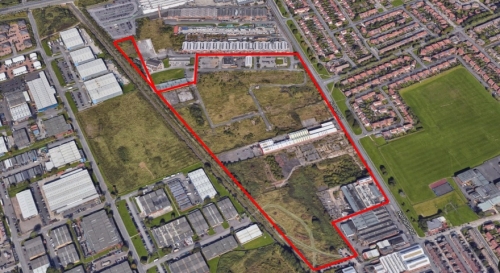 A 31 acre site with planning approval for 400 residential dwellings.

The proposed development site is located on Norham Road, approximately 2 miles from North Shields town centre and 7 miles from Newcastle city centre. Nearby amenities include Tesco Extra a short walk away and Coast Road Retail Park which is less than 1 mile away.

The commercial aspect of the site has been retained whilst the planning has been approved on the southern part of the site for 400 residential dwellings.

The average speed for the postcode NE297TY is 3.1 Mbit/s

The estimated maximum speed for the postcode NE297TY is 4.1 Mbit/s