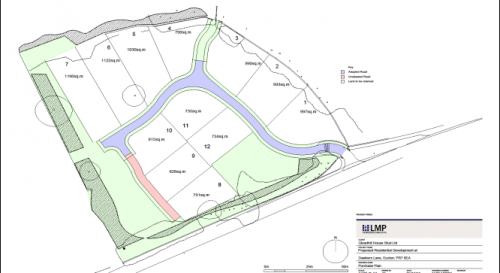 The site is located north of Dawbers Lane in Euxton, near Chorley. Located in a prime position, there are good transport links with easy access to both the M6 and M61 motorways.

The site was formerly used as a stud farm and offices, with part previoulsy developed and part green field all within the Green Belt.

Outline planning permission was granted in March 2017 for up to 12 self-build houses and garages capped to an overall volume of 11,640 m3. Demolition of the existing buildings was completed, along with services and strategic planting.

All 12 plots have now been sold

All 12 plots have now been sold

This status means that we hold data on less than three broadband connections in the postcode. To protect anonymity broadband data has not been provided for these postcodes.